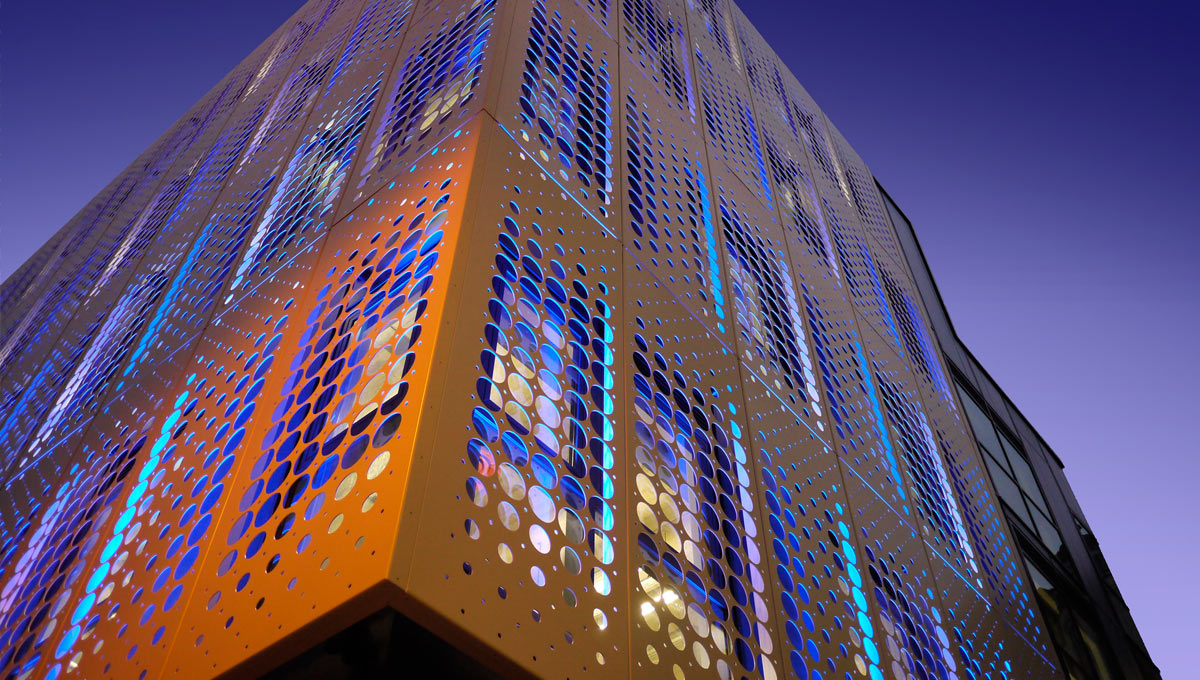 What are the benefits of a perforated metal façade?

Cladding a building with perforated metal is a very effective way to enliven the facade of what would otherwise be a simple cubed structure. From uniform circular perforations to honeycomb-patterned latticework and mesh, through to three-dimensional forms, perforated cladding has the ability to add depth, texture and intrigue to a façade.

Perforated cladding provides a practical purpose, too. Depending on the size of perforations, the amount of natural light reaching the inside of the building can be managed. Large perforations allow more natural light to pass through the cladding, but still protect buildings that have large glazed elements from direct sunlight. In doing this they reduce the amount of solar gain, mitigating the need for energy intensive air conditioning systems.

Interestingly, specifying perforated cladding over, for example, a glass wall doesn’t significantly affect the view from inside the building. No.1 Hardman Street, Manchester, which we supplied in Proteus HR solid and Proteus SC perforated cladding panels is a good example of this. When viewed from inside, the perforated metal façade is virtually invisible (see second image). For the observer on the street, the perforated façade sits comfortably alongside both its historic neighbours and the large glazed buildings of this commercial area. 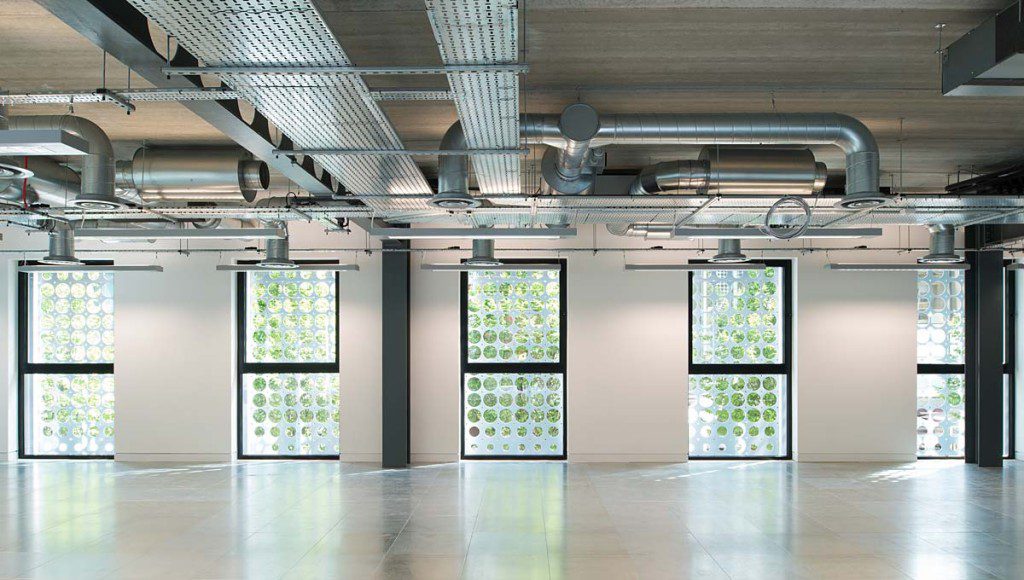 The boundaries of what a perforated metal façade can achieve in terms of aesthetics is continually being pushed. Our FORM perforated panels are a good example of this. Manufactured in 3D, with punched -out or -in rounded shapes, along with a perforated design, it adds sheerness and softness to a façade. FORM was developed in order to allow designers to create bespoke textured patterns, avoiding the one dimensional aesthetic seen on solid façades such as masonry and brickwork. This method of creating perforated panels gives designers the ability to conceive a second dimension by forming shapes that generate texture and movement in the screen.

Another striking façade choice is our CREATE range, which comprises bespoke perforated panels that use the latest computer software to pixelate images, logos, letters and numbers. This can be applied to one or a number of panels, providing the designer with an ability to scale up images by ‘jigsaw-ing’ the cladding to create a single image across the entire façade. At the other end of the scale, CREATE allows minute detailing to be incorporated into the panel design, which changes depending on the distance that the viewer is from the building. This has been used to great effect where CREATE can be used, for instance, to pick up and accentuate nearby structures from both the natural and built environments.

Whether CREATE or FORM, or our Proteus SC single skin solid, perforated or mesh panels are specified, all have the ability to make a building stand out from the crowd. The material and colour options extend this choice further, including TECU copper and copper alloys, anodised aluminium in a wide range of colours, plus weathered steel, most commonly referred to as Cor-ten. 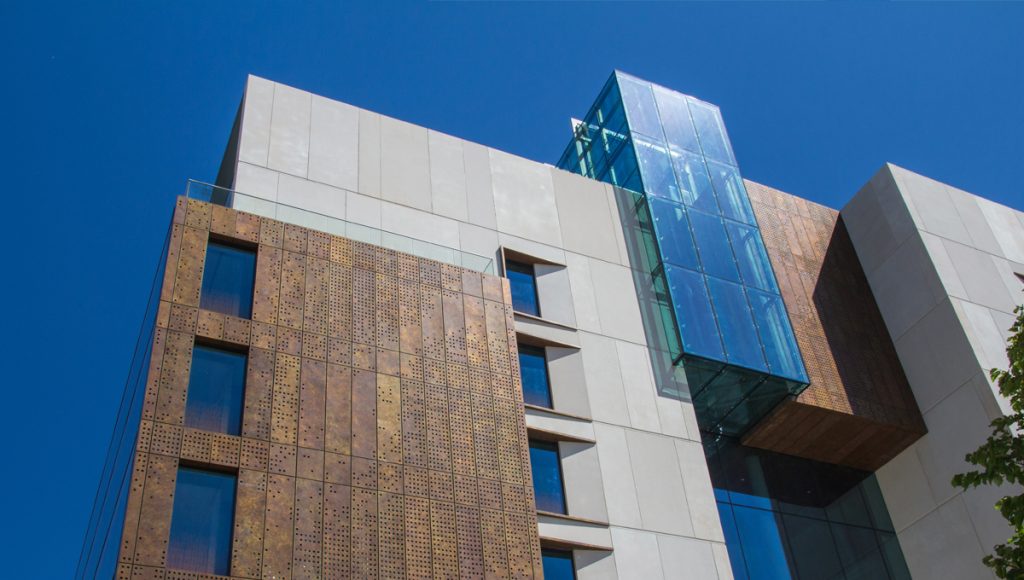 Proteus SC panels are manufactured from 1mm to 5mm thick sheet metal. Our team of technicians can help you with live loadings that would be applied to the building with a perforated façade. We can also help with calculating the number of perforations or size of eyes within the mesh, either required for aesthetics or air flow requirements. Our perforated panels are hung from the façade using the Proteus aluminium support system.