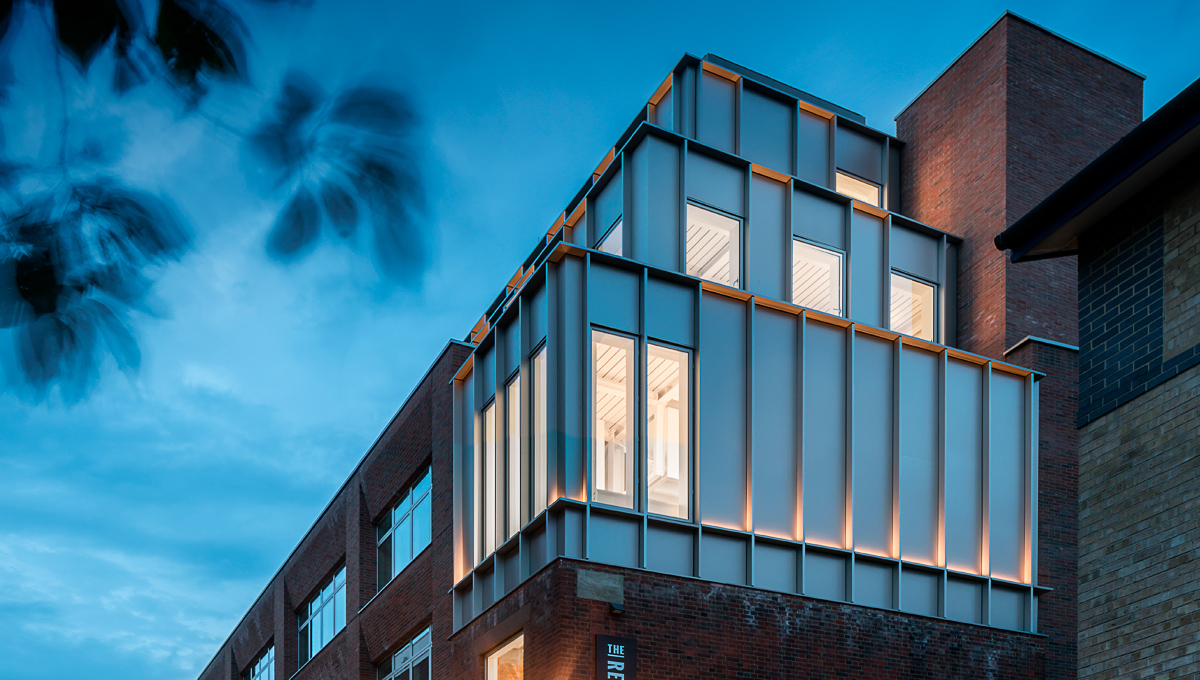 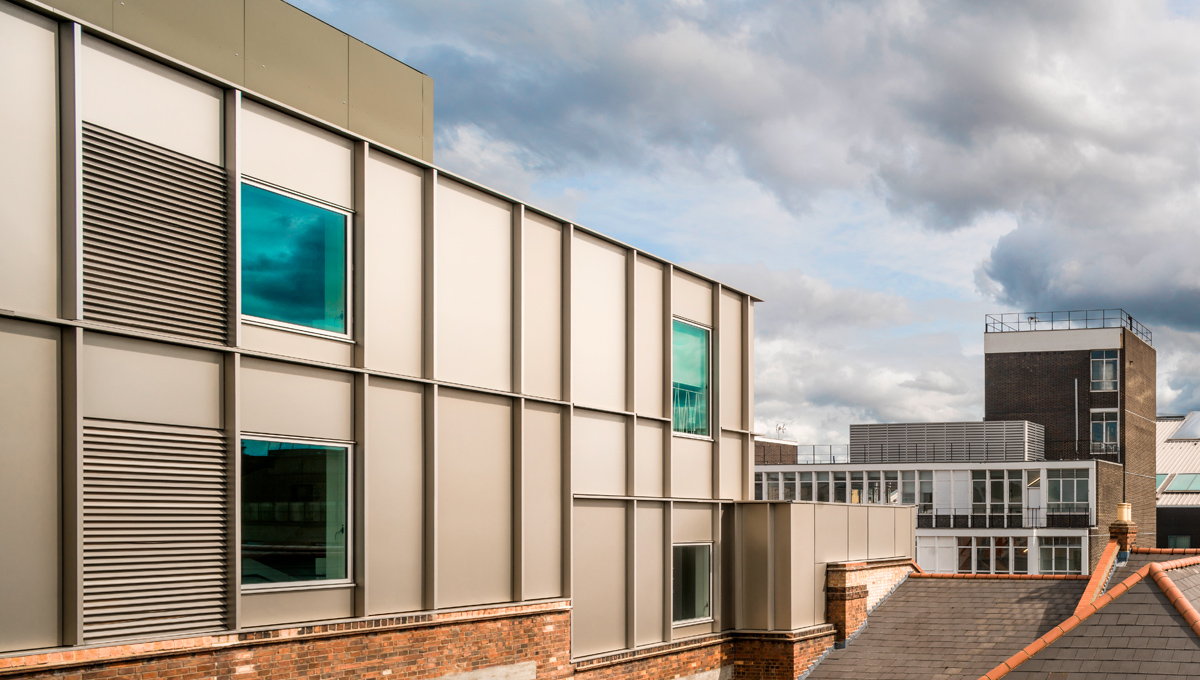 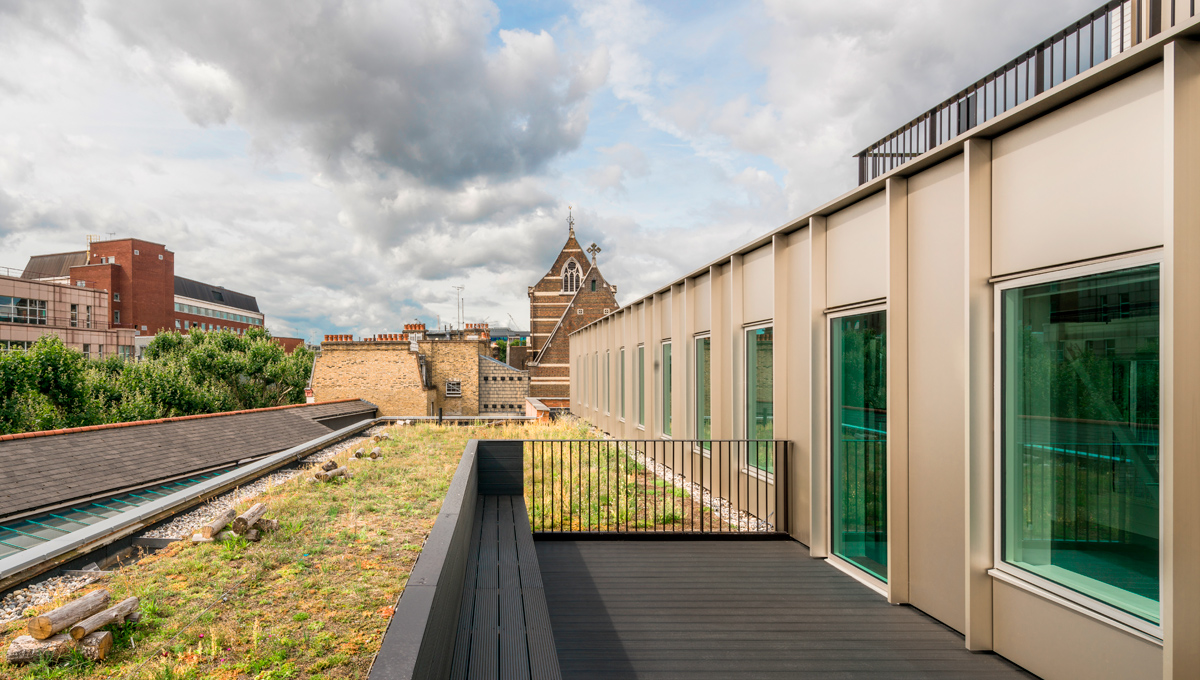 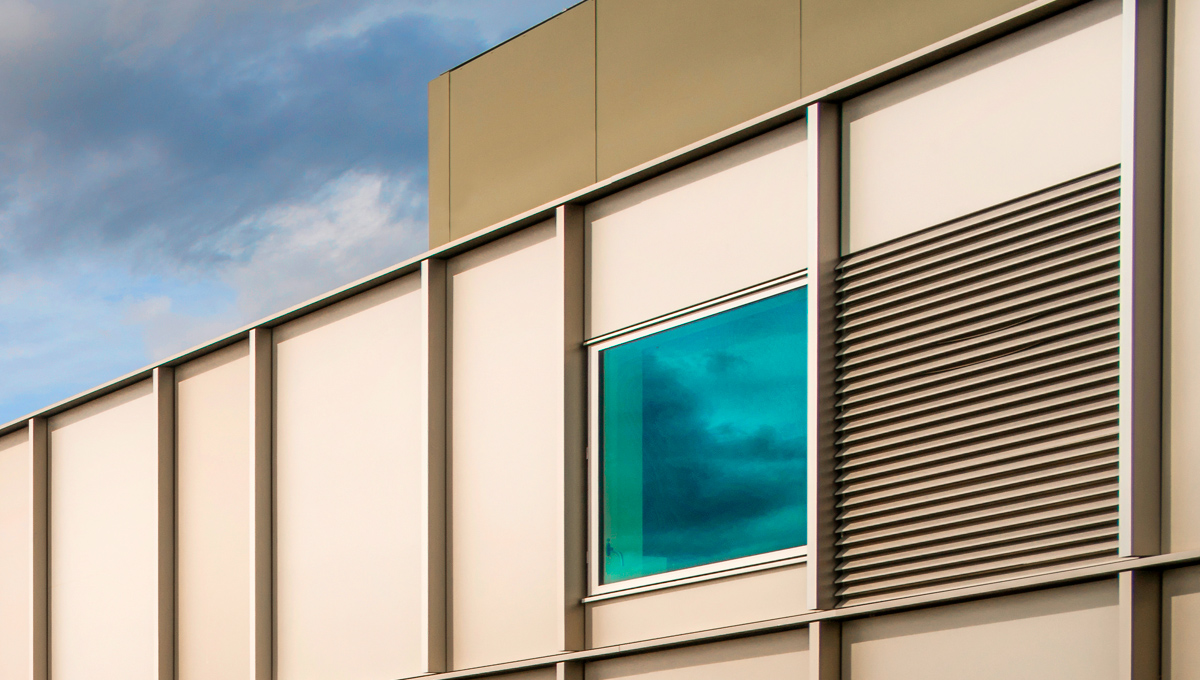 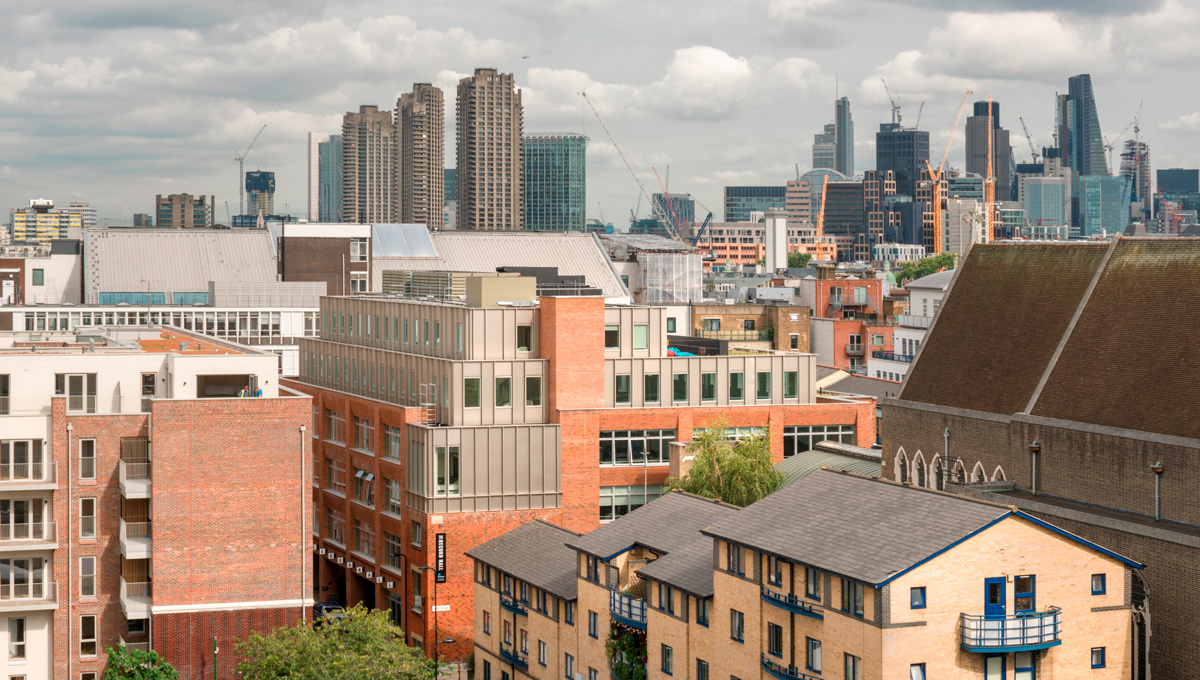 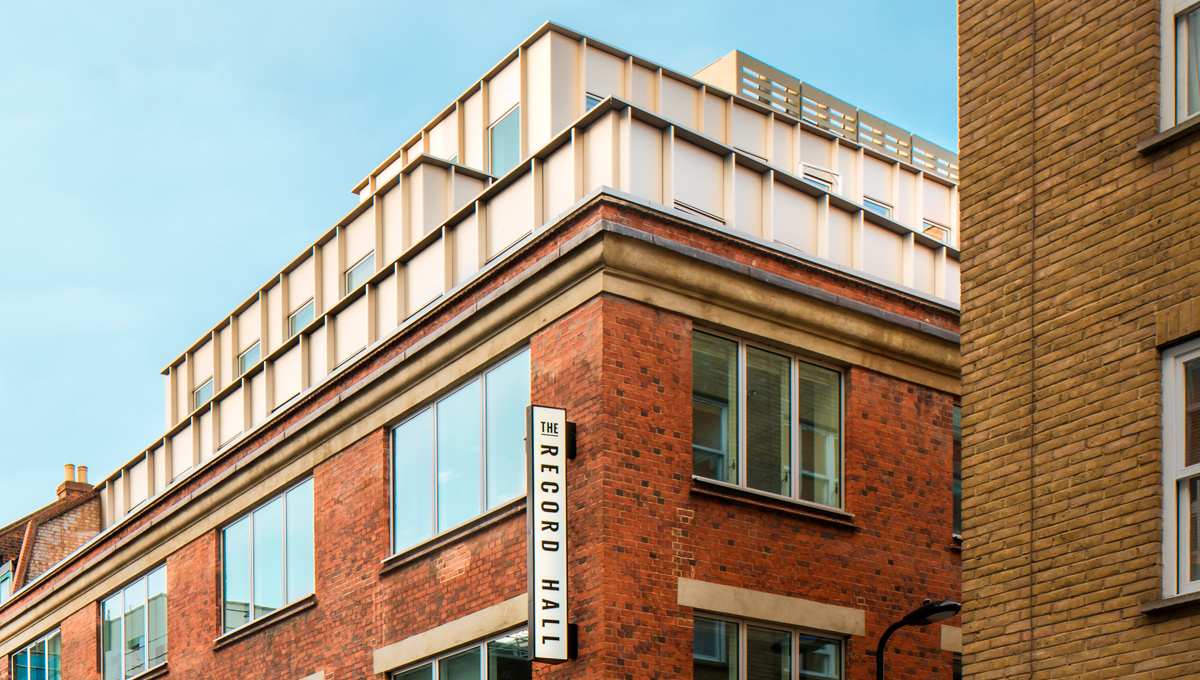 An antiquated industrial building in the heart of Hatton Garden, London, has been given a new lease of life thanks in part to sparkling bronze anodised aluminium rainscreen cladding panels from Proteus Facades.

Following an £18.4m refurbishment designed by Karakusevic Carson Architects, Record Hall has been transformed from an outdated former record depository, into a state-of-the-art, six-floor business centre with a striking exterior.

The brief given to Karakusevic Carson Architects by owners Workspace was to redevelop the 1920s structure on Leather Lane, part of the Hatton Garden Conservation Area, into a modern building that offers cost effective workshops suitable for companies working in both the jewellery and media & creative industries.

The upper levels of the building, including the new extension, are clad in striking Proteus HR Aluminium panels with a bespoke bronze United Anodisers (540) finish; chosen to reflect the heritage of the area, which has been at the centre of London’s jewellery trade since medieval times.

In addition, Proteus Facades fabricated bespoke extruded vertical and horizontal fins with an identical finish, which gives the impression that the cladding panels are recessed into the building. This further compartmentalises the façade against the existing brickwork and complements the art deco window styles that, when illuminated in the evenings, shimmer in the light and provides further countenance to the striking design for passers-by.

Inclusion of the rainscreen cladding not only offers appealing aesthetics but adds to the energy efficiency by allowing the incorporation of high levels of insulation behind the panel – the relatively thinner panels allow increased insulation thickness on the inner structure whilst still maintaining the ventilated cavity behind the panels.

The Proteus HR panels provide the building with protection from the elements, too, including elevated windspeeds in this built up area with narrow streets dominated by medium rise structures.

Along with efficient new building services, the incorporation of high-performance insulation to both new and existing elements of fabric and a wildflower green roof have all contributed to the achievement of a BREEAM Excellent rating.

The aim of the redevelopment at Record Hall is to support new and growing businesses to thrive. Boasting 86 units ranging from 170 to 7,000 sq. ft., the building encompasses a Club Workspace outpost, the company’s coworking brand, along with ground floor café ‘The Archive’, high-tech meeting rooms, a co-working lounge and roof terraces offering views across the City.

Formed of two distinct parts, the building is situated in a tight site on a narrow street, which resulted in the street-facing elevation resembling more of a back entrance. As such, the architects also extended outwards to the boundary line to reorganise the interior and bring the main entrance to the centre of the plan to give it a direct visual relationship with a new lightwell.

Karakusevic Carson Architects commented: “The Record Hall project demonstrates how intelligent design can bring clarity and character to what was a previously complex and incoherent site and create a place where old and new cannot simply co-exist but flourish.”