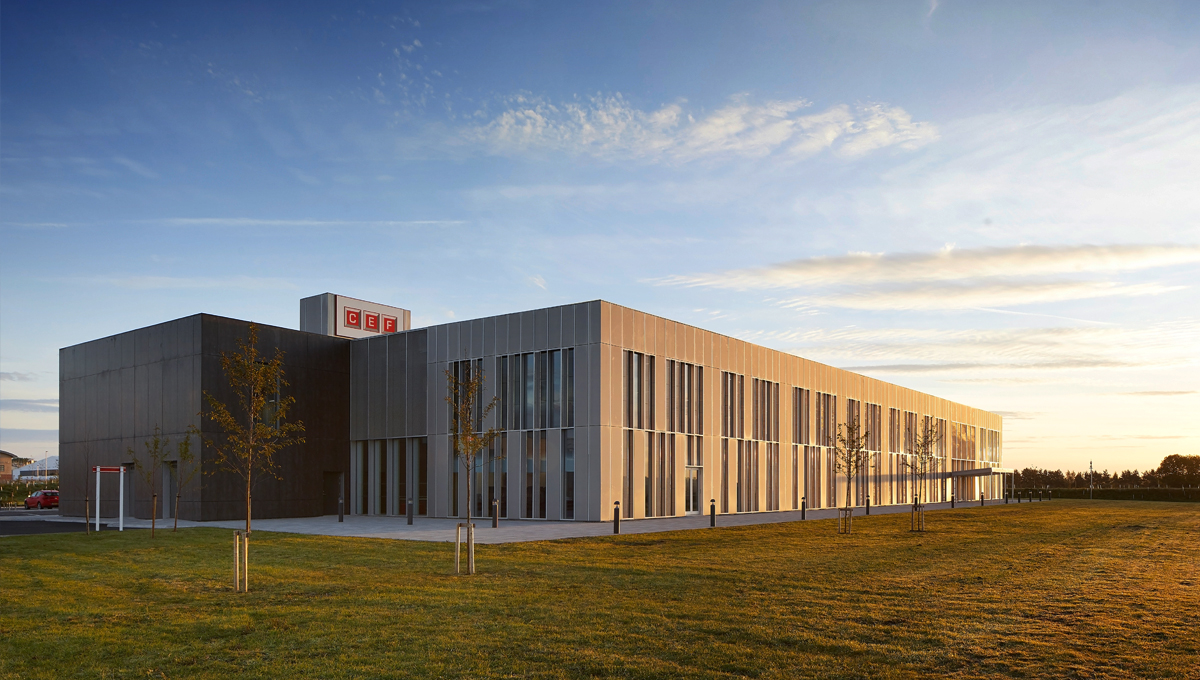 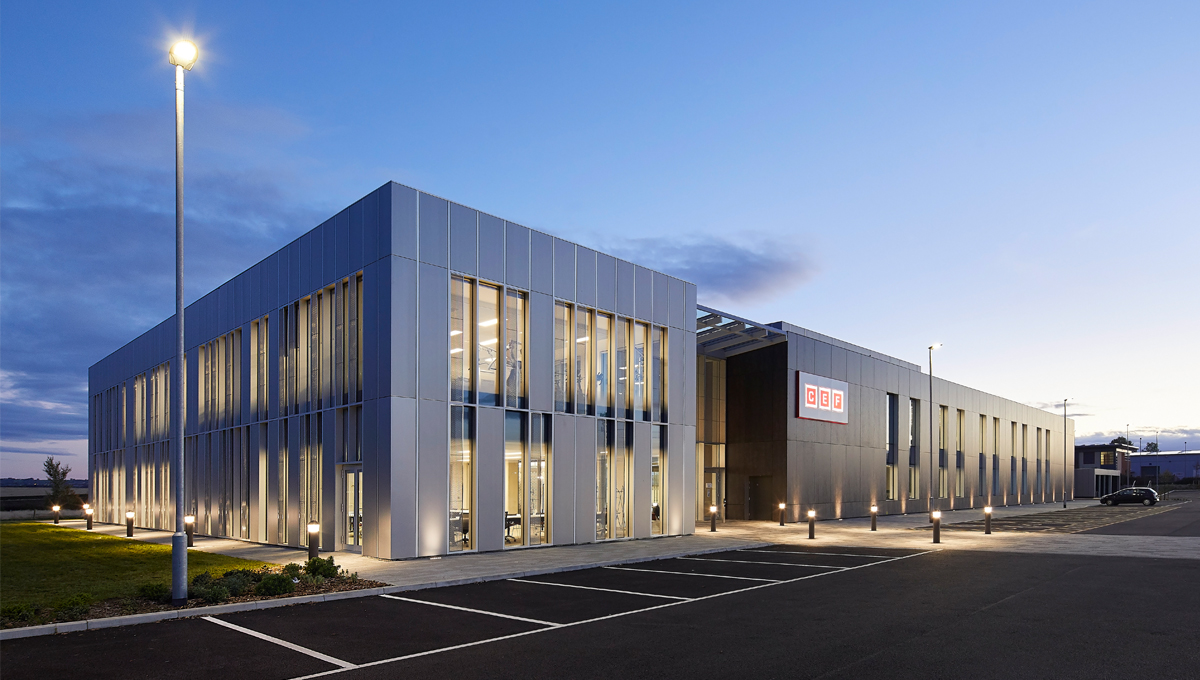 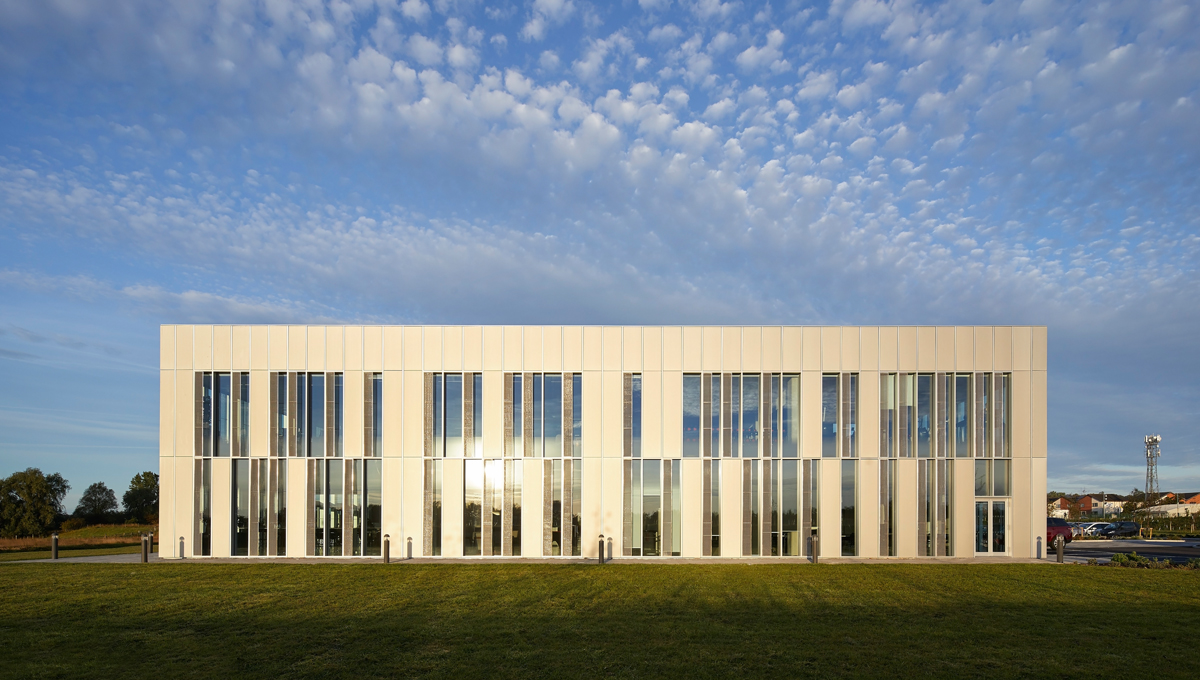 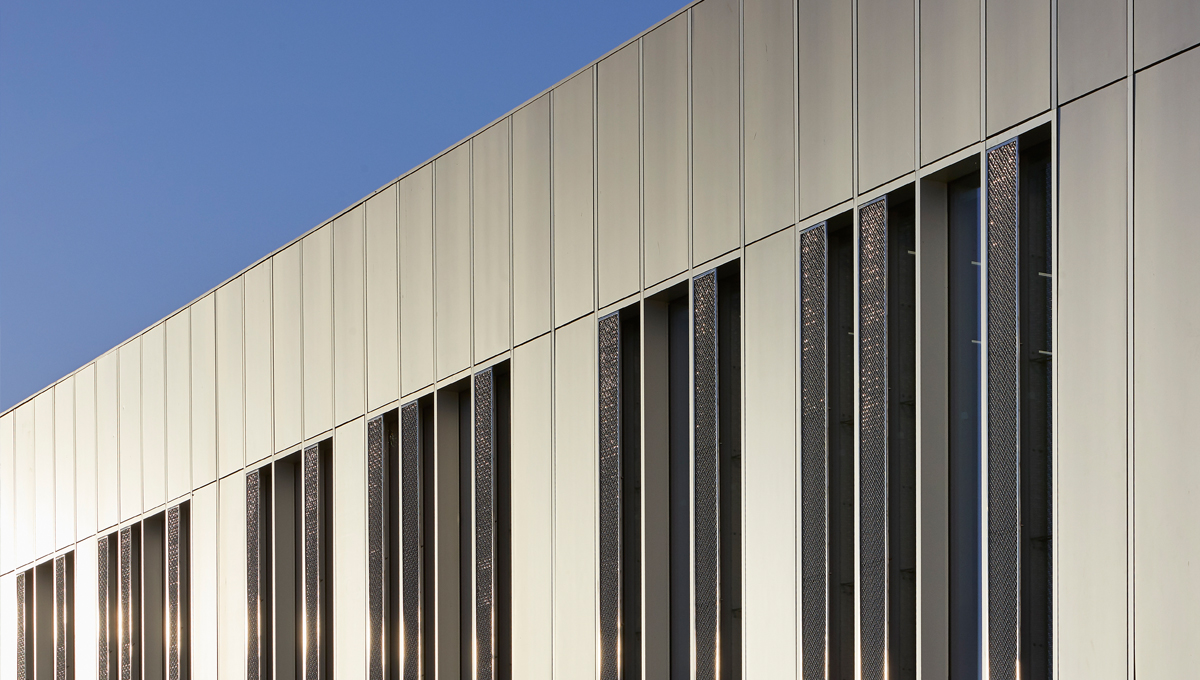 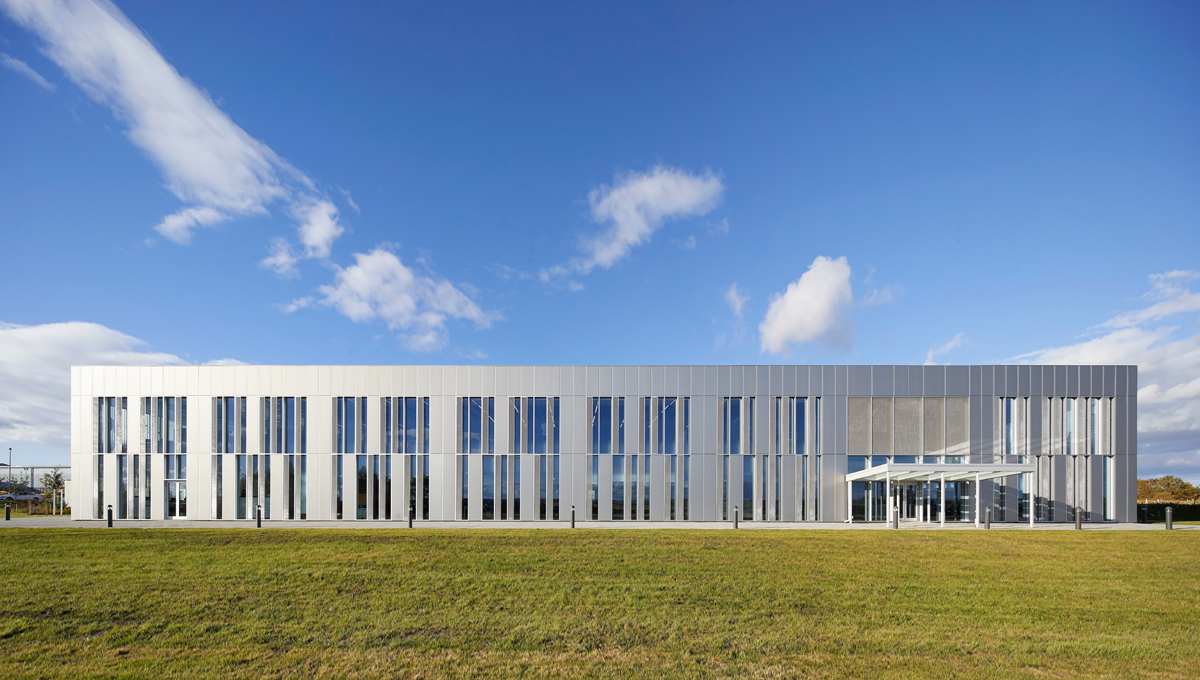 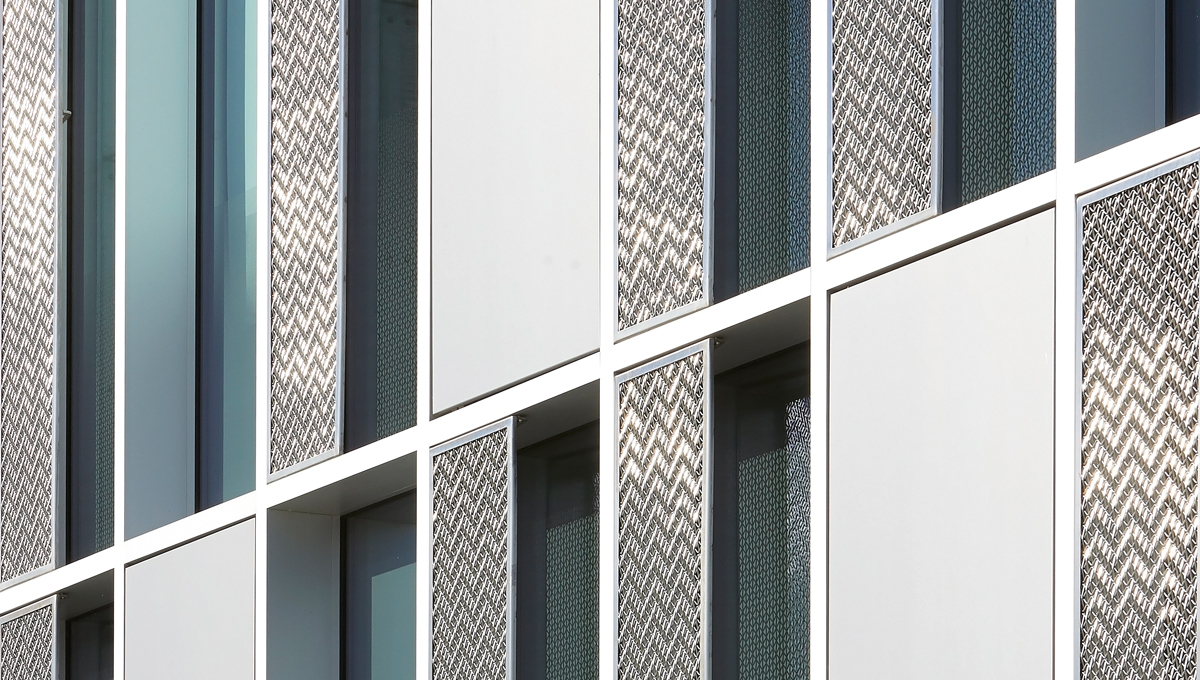 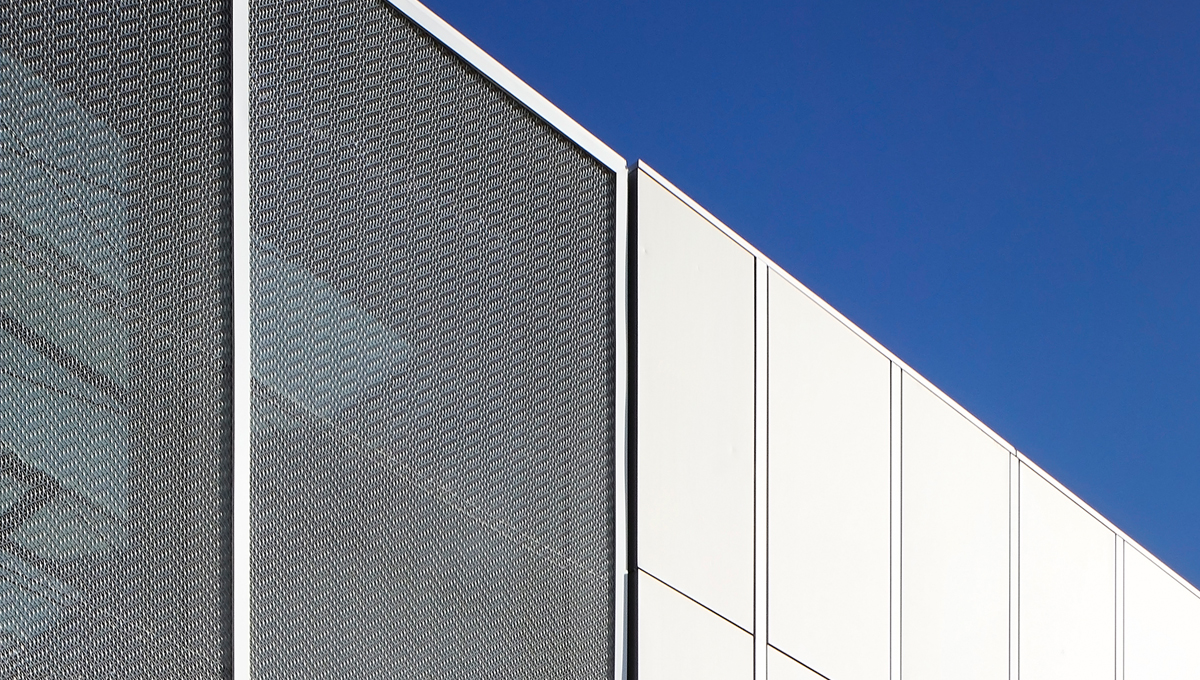 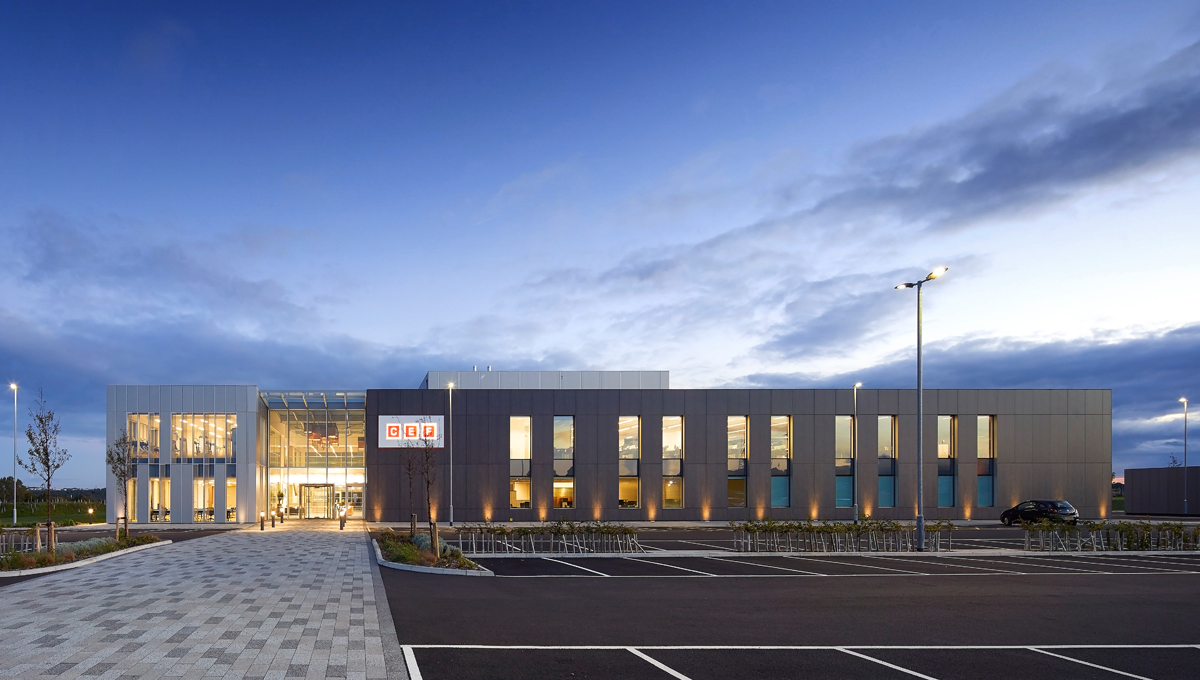 The new European IT headquarters for global electrical wholesaler City Electrical Factors (CEF) is described as a visual celebration of the company's ethos and rich industrial heritage, thanks in part to an electrifying aluminium façade featuring Proteus HR rainscreen cladding.

CEF’s existing offices had reached full capacity and so a second site was developed opposite the company’s main building in 10 acres of natural landscape in Meadowfield, Durham. The brief set for the design of the award winning building, known as Janet Nash House, was to create a contemporary workplace solution which embodies and reflects CEF’s drive and commitment for innovation.

Architects FaulknerBrowns designed the £10m Data, IT and Marketing headquarters, using a variety of materials such as copper, aluminium and ceramic, which represent the components found within an electrical cable, CEF’s staple product.

Winner of the North East RIBA Regional Award 2019 and two British Council for Offices’ (BCO) regional awards, the contemporary workplace is split into two areas each with unique spatial qualities to support the requirements of the different departments across the company.

The southern ‘L’ shaped block, which houses the ‘graphics and marketing’ teams, features a striking façade executed in Proteus HR Euromax AluNatur Elox Anodised Brushed pre-coated aluminium, for which FaulknerBrowns took inspiration from the foil shield of a coaxial cable.

The panels were fitted by Installer, Topside, in between vertical and horizontal aluminium anodised fins to create a sheer façade, whilst giving a nod to the company’s core product range with the ‘coaxial’ pattern. The cladding panels were fixed between the fins with bespoke brackets utilising the curtain wall mullions as the primary structural point.

In contrast to the aluminium finish of the southern building, the northern block features large format porcelain panels, which are fitted throughout as a reference to the traditional use of ceramics as an electrical insulation material. The building includes cellular spaces, specialist workplaces and breakout areas.

The southern wing featuring Proteus HR Euromax AluNatur structures and the northern block are connected by a two storey, glazed atrium with interactive breakout spaces and enhanced amenities for all employees, including a café, tea points and games area.

Judges at the North East RIBA Regional Award 2019 summed up the development, constructed by Sir Robert McAlpine, when they said: “The building has a strong sense of identity and purpose.”