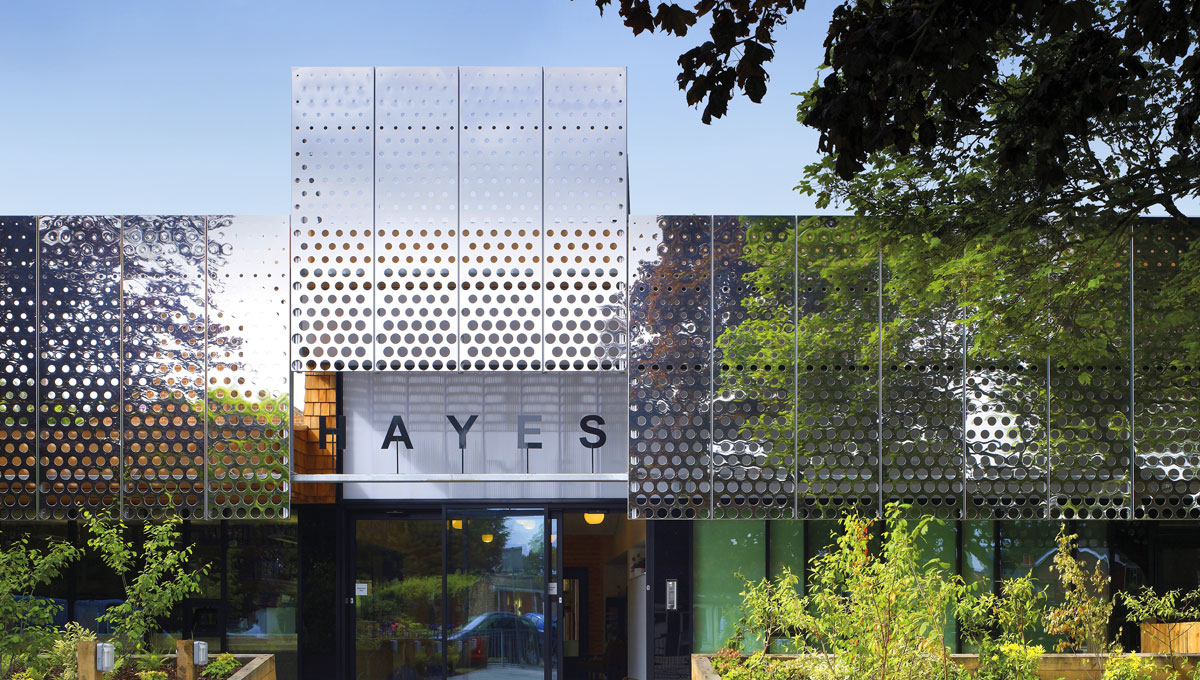 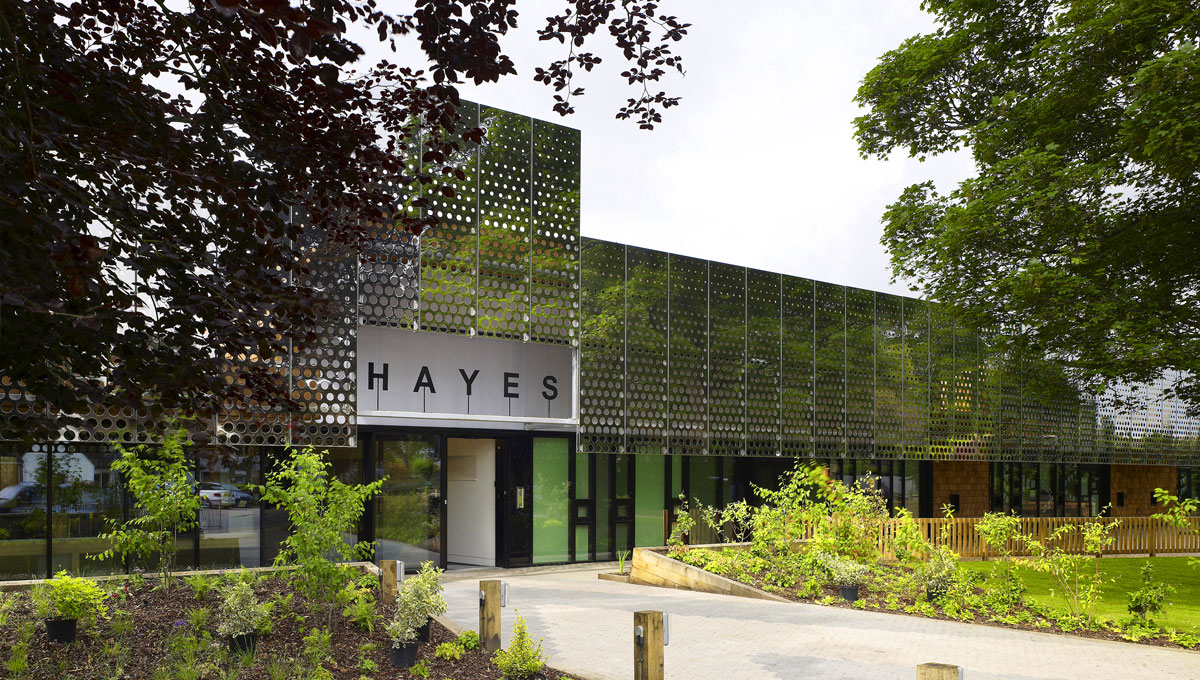 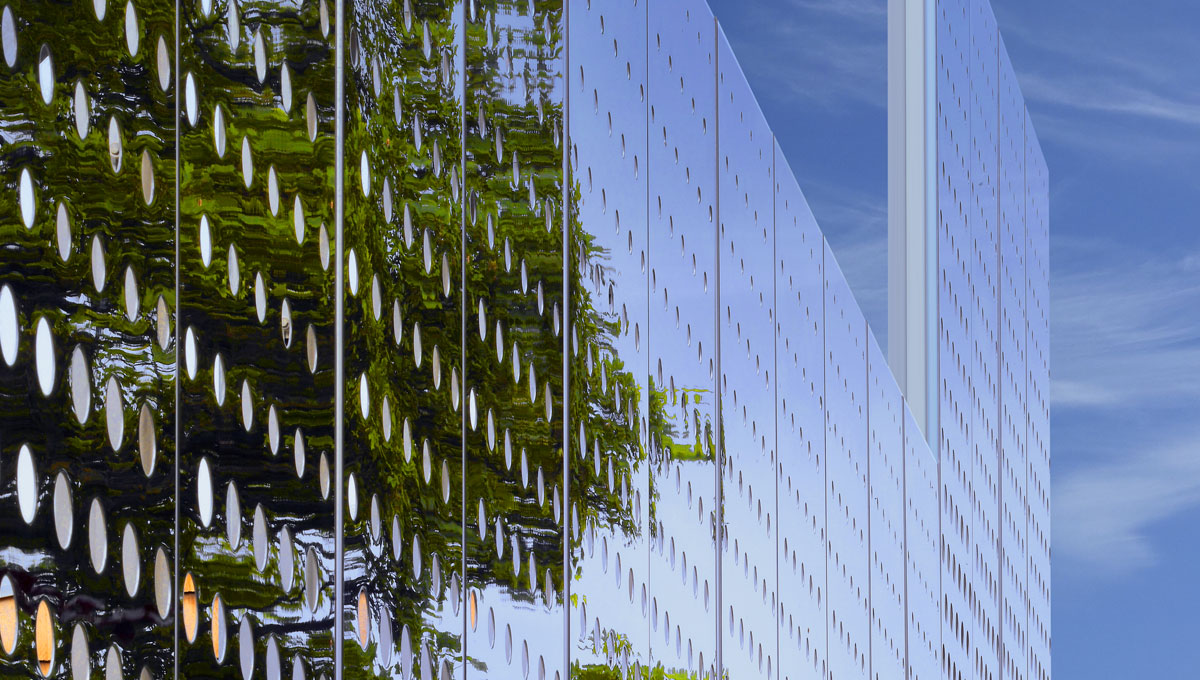 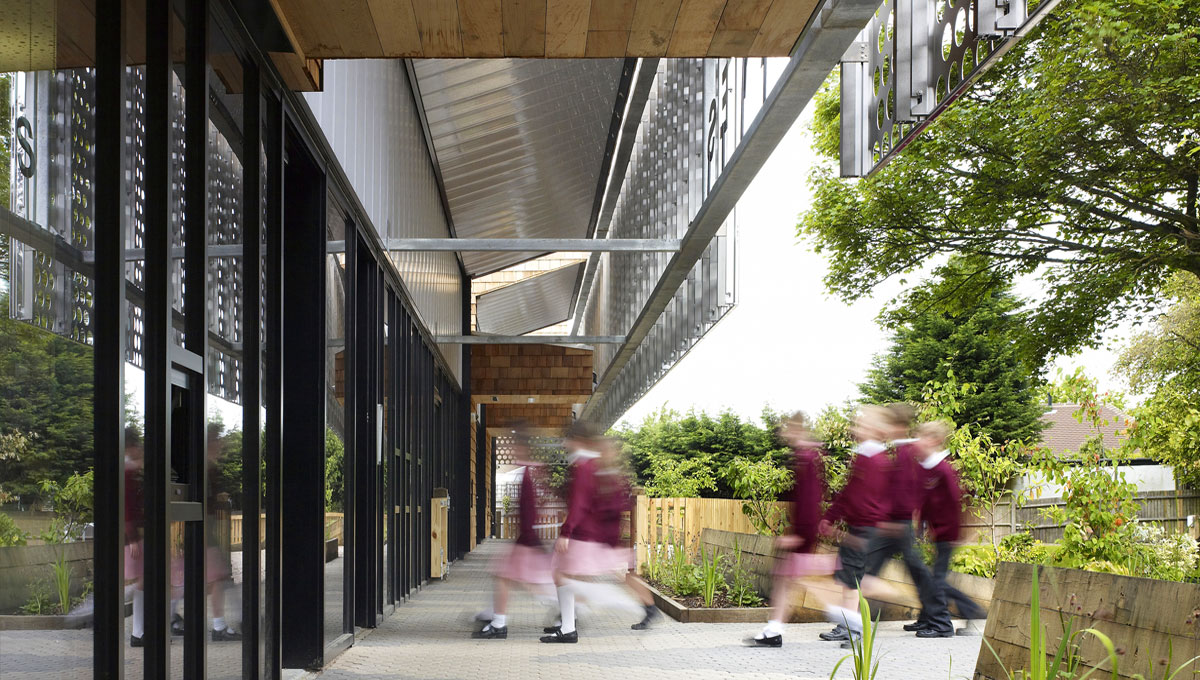 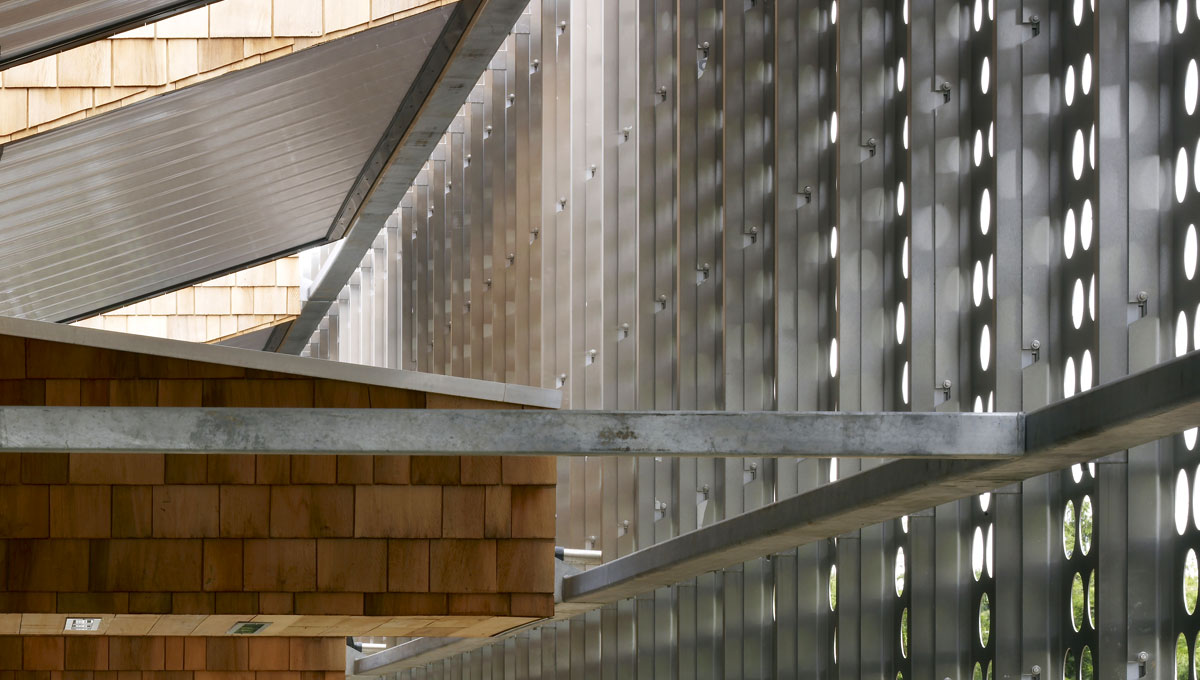 The Proteus SC panels, which were mirror polished on the face and grit polished on the rear, form a 54m long screen to the upper half of the façade of the front and side elevations of the double-height extension onto Hayes Primary School in Kent.

With the perforations reducing in size from the bottom to the top of the panels, they maximise translucency at the former and reflection of the canopies of mature trees at the front of the site, at the latter. They also act as brise soleil, providing shade from solar glare and preventing over-heating to the teaching spaces.

The Proteus SC screens also give a uniformed building elevation to what had previously been a piecemeal development, an incoherent complex of buildings which failed to announce themselves on the street front. Now the “veil” gives the illusion of a state-of-the-art new school, shielding the existing building from the road.

The new accommodation is organised around the east and north elevations of the existing school building and adds to the site four new classrooms, a small hall, ICT lab, admin area and external play spaces for more than 100 pupils.

Such is the transformation that the school has won awards including a New London Award run by London’s Centre for the Built Environment to recognise the best in architecture, planning and development in the capital and a RIBA National Award (London). Here, the judges said: “On a tight budget the architects have created a building with a clear organisation and a strong identity, with a loggia-like entrance setting the tone.”

Councillor Tim Pollard, cabinet member for children, families and learning, said: “Our main priority is to make sure we have enough places so that every child in Croydon has the chance of a good education. When we also have to ability to deliver creative schemes like this one and get such great recognition that is an added bonus.”