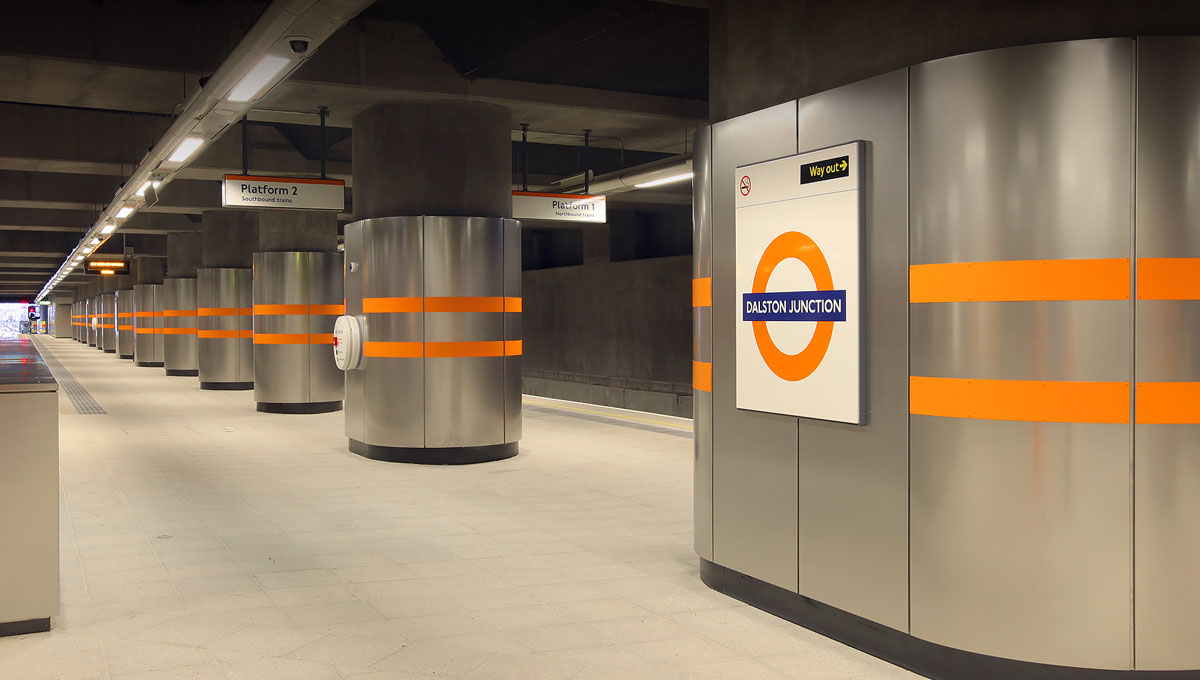 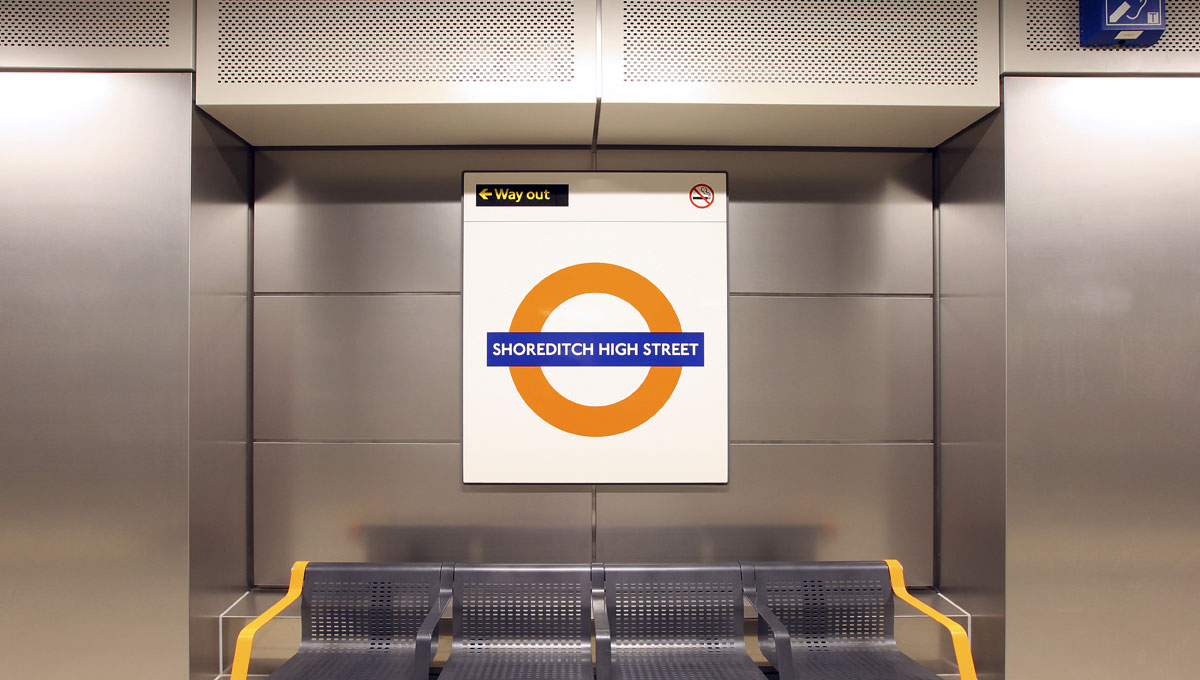 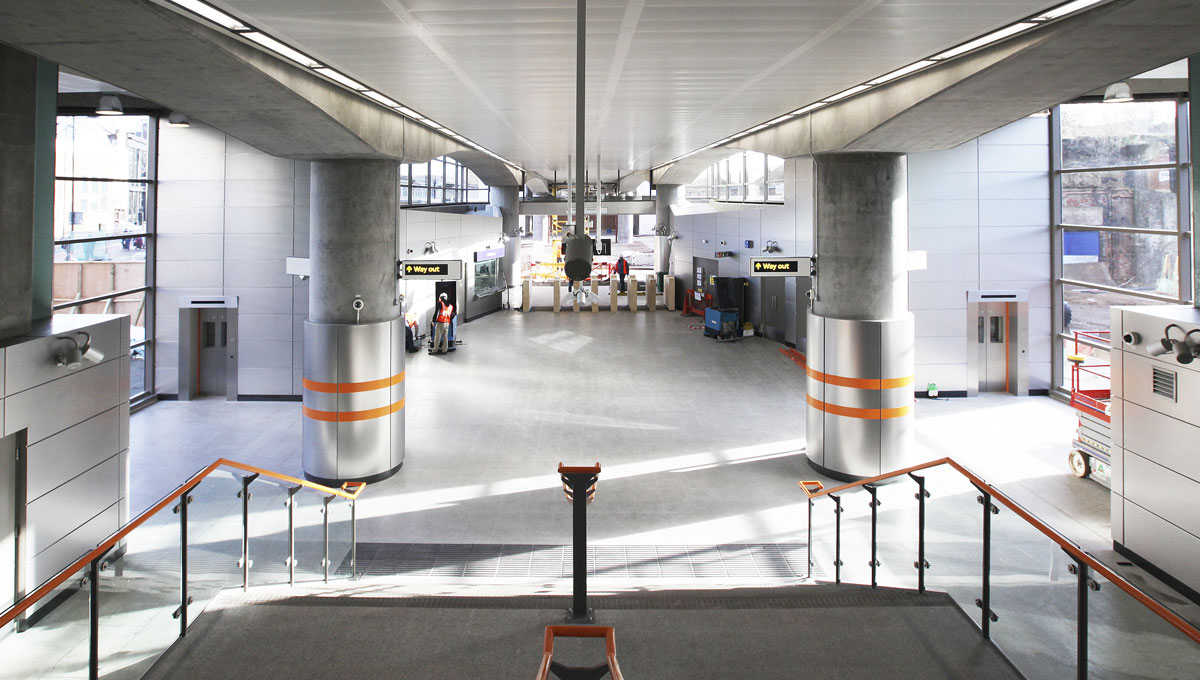 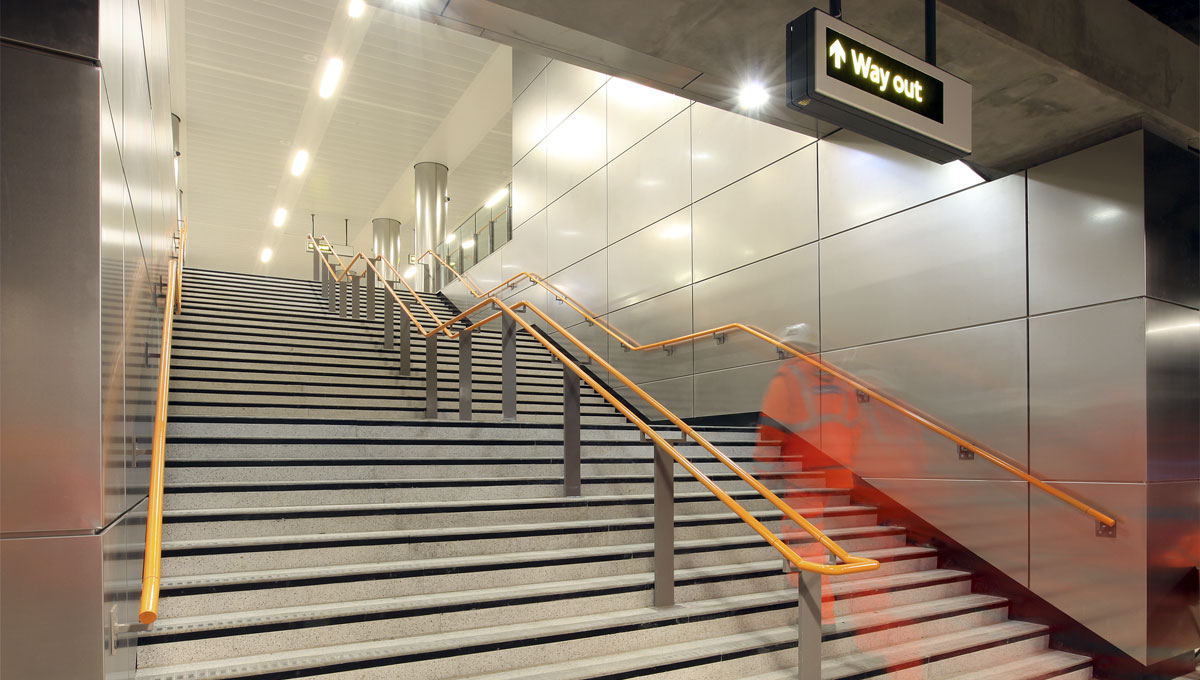 Almost the entire Proteus portfolio features on four stations on the new overground railway that helped to underpin London’s successful bid for the 2012 Olympic Games and provide the capital with a 21st Century integrated transport system.

The Proteus panels make their mark on (TFL’s) Transport for London’s new stations at Shoreditch High Street, Hoxton, Dalston and Haggerston. All of these are in the London Borough of Hackney at the heart of the £10billion project which runs partly along the existing lines of the former London Underground’s East London Line but also extends it to the north and south.

In general, the Proteus panels form decorative high-performance linings to the platforms and concourse areas.

At the multi award-winning Hoxton station, the entrance and ticket hall is formed in the refurbished brick arches of the former railway viaduct, with new platforms above accessed by new lifts and Proteus-panelled stair towers. Here, Proteus HR LU and Proteus SC acoustic-lined perforated panels and Proteus AR aluminium louvres have been used.

This station won a commendation in the Hackney Design Awards when the judges said: “It manages to accommodate all the functional requirements within the existing brick arches that are fitted out with stainless elements reminiscent of a Donald Judd sculpture.”

The same Proteus HR panels in Canvas patterned stainless steel were used at Haggerston to line an entrance canopy featuring the bold orange branding of the East London Line and the walls of naturally-lit staircase voids in 7m-high towers at the rear of the site.

The Proteus panels on the East London Line stations were installed by a number of specialist sub-contractors for the main contractor joint venture of Balfour Beatty and Carillion. 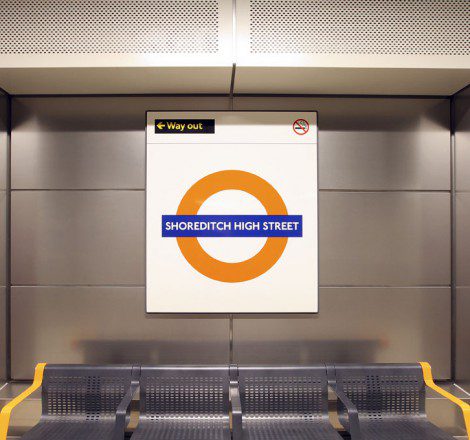